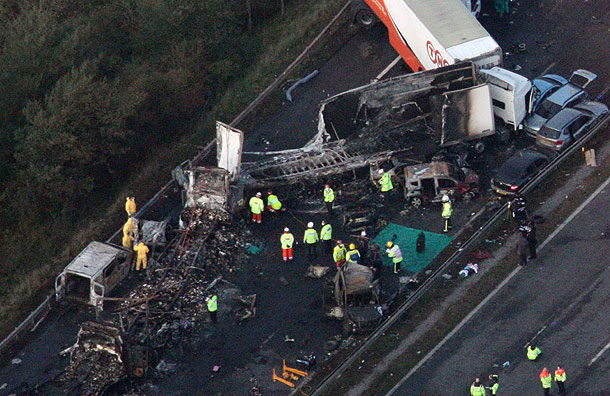 Further to a previo us news item it is nationally reported that a trial at Bristol Crown Court has started in relation to seven road fatalities at the time of a firework display. A massive motorway pile-up allegedly caused by smog from a fireworks display may have been avoidable.

“The Crown suggest that the reduced visibility was caused by fireworks at the display.

“The defence say that the evidence you will see just doesn’t establish that possibility with any real certainty.

“You will see many witnesses are absolutely clear that what they saw and indeed in some cases what they drove through was not smoke, nor smog but fog.”

Prosecutors Peter Blair QC allege that the organiser breached health and safety rules during the event held at Taunton Rugby Club on 4 November 2011. The trial continues.